The under 16’s racing was electric from the start with small groups quickly forming. The Geddes Boys worked hard to follow the moves eventually being gapped by josh price and horse ph west. He hung on for a solid 3rd place. Connor who was suffering with fatigue finished 7th. Maddie Howden finished First Lady narrowly pipping Ben Hywel-Davies to the line.

In the 4th cat race Adam Baker and James Foster road a conservative race and let other teams do the chasing. They both finished comfortably in the top 10 to get there 3rd cat licences. Congratulations! Adrian Riddleston rounded out the top 10 in his first ever race.

The 2/3 race started quickly with James HD going away in an early move that included Calum Croft – one of the highest ranked 2nd cats in the UK. James did well to hang on with junior gearing for 3 laps, but ultimately was dropped and went back to the peloton. This forced Charles, Tristram and George to chace the move. Ultimately the big effort broke the peloton up and the race was in bits. With Ten minutes to go Charles Rees attacked and was joined by James Curison – the pair stayed away putting 30 secs into the small 7 rider peloton. In the sprint out of the final corner Curison took the honours with Rees 2nd. Smith took 7th in the bunch gallop – a sign of his continuing good form.

Another day, another win…

Mere Hillclimb and other results 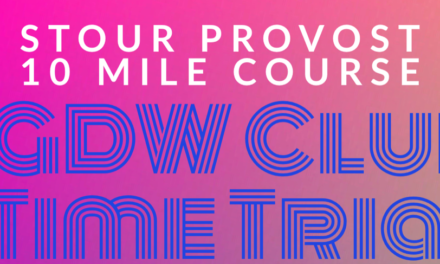