Sunday morning saw the launch of the Gillingham Wheelers Race Team at the Olive Bowl, Gillingham. Riders, friends, family and sponsors of the team gathered for the new squad to be unveiled by race team manager, Mark Geddes and road captain, Charles Rees.
The team, named as, Adam Baker, Craig Brownhill, Harry Charles, James Foster, Maddie Howden, James Hywel-Davies, Charles Rees, Josh Reilly, Adrian Riddleston and Jack Whitehouse, will race throughout the 2016 season in regional and national events. Charles who has been racing for over 10 years said, “We have a strong squad this year. Each member of the team has worked really hard to be fit and ready for the start of the season and I am looking forward to the first competition – the Bristol South Road Race on the 13th March, where the majority of the team will be racing. We have also been fortunate to receive wonderful support from our sponsors, whom I must thank”
Once the presentation concluded, the team took advantage of the dry weather to ride with club members and the youth development squad who they’re hoping to inspire. The youth development riders for 2016 are Nathaniel Brookes, Daisy Davies, James Geddes and Connor Geddes.
We would like to thank the race team sponsors; Southern Filters Dorset, Celtag Agricultural Contracting, Wheels of Dorset, FlipAnt Clothing, M-Tech, Melinda Moore Massage Therapist, OTE Sports Nutrition, Howden Electrical, Specialized Tyres and Kalas Sportswear.
British Cycling Youth and Senior Coaching returns to Henstridge Airfield on Mondays and Fridays from 5.15pm for under 10’s and 6pm for seniors. Running from 11th April until the 12th September excluding bank holidays. For more information visit www.gdw.org.uk 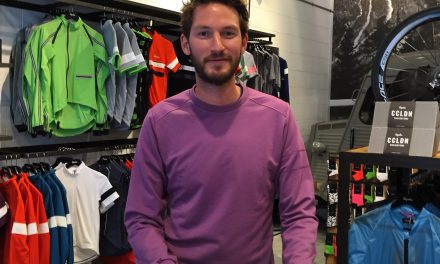