There was a good turn out of 17 pairs and a lonely Andy Parsons at the final GDW time trial last night.  A strong tailwind through the middle section of the course led to some very quick times with Kim Little and Paul Hopkins leading the way in 21.22.  Charles Rees and George Smith just took second from Rob and Ash Martin, with the two teams finishing in 22.05 and 22.07 respectively.  Paul Caton and Adam Baker weren’t far behind them in 22.27 for fourth.
There were some target times for the teams to aim for, with only one team failing to beat their mark but only after having to stop to collect an airborne Garmin.  Most pairs were around a minute up on the time to aim for but the biggest improvers were Maddie Howden and Daisy Davies, with Jenny Lucas and Mary Emerson-Reed in second and Team Broom in third.  We’ll get the prizes for both the scratch and handicap winners handed out at the awards night (14th November).
Congratulations to Kim Little, Jane Pritchard and James Hywel-Davies for winning their categories in the solo tts this season, all three were clear winners.  We also had the Veterans Standard (over 50s) competition running this year, Nigel Brown was the winner of that from Vince Hounsome and Jane Pritchard in third.
Back to the hillclimbs for the next three Wednesdays, with the Bulbarrow double header on September 12th. 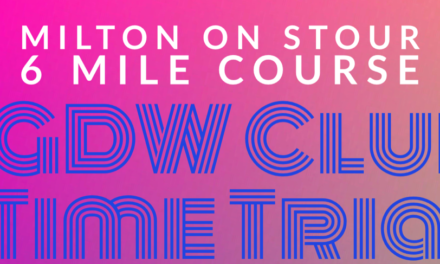