Charles Rees has clearly started 2010 in even stronger form than last season.  After a disappointing finale in South Wales’ Betty Pharoah Trophy Race last weekend, where Charles suddenly found the road blocked by crashing cyclists towards the end of the race, the last two days have gone much better for him.  On Thursday, he beat the field at the opening Yeovil CC time trial of the year, clocking 11.47 for the 5 mile course, beating the usual Yeovil pacesetter Hugo Baldicchino by 10 seconds.  Today, (Saturday) at the Chard Wheelers 3rd/4th cat race at Ilton in attrocious conditions, Charles and two other riders dropped the rest of the field immediately from the start and maintained the lead until the end, with Charles sprinting away from his sole remaining companion with around 500 metres left.  Mike Smith, in his first race as a 3rd Cat, finished comfortably in the bunch. Pictures of the event on Charles Whittons’ website here showing Charles two-fisted salute as he takes the win.  Charles is now over half way to the 40 BC points required to getting up to 2nd cat level and is hopeful of a strong result in next weekend’s Pittards Trophy race around Yeovil.
James Chant joined Charles at the Yeovil 5, managing 13.07 to finish 11th out of the 23 starters.  The next morning he battled the wind and rain at the Bournemouth Arrow 10 mile tt in Ringwood but was disappointed to finish well down the finishing order with a 27.12.
The recent Bath CC time trial saw a quality field at an event that marked the start of the national Rudy Project series and was also round five of the WTTA Hardrider championship.  This tough course runs from Frome to Mere and up our very own hillclimb of Mere Hollow before heading through the Deverills and back to Maiden Bradley via Frome again. Simon Rouse was pleased to knock some four minutes off of his previous course best time to record 1 hour 10.14 while Steve Way put in an excellent performance on his fixed wheel bike with 1.14.39, just ahead of Grahame Reed on 1.15.55.  Performance of the day must surely have gone to Paralympian Sarah Storey who won the women’s section by three minutes from another Olympian, Rebecca Romero, with a time of 1.00.45.

Round six of the Hardrider series was held on the same Wootten Bassett-Malmesbury course that was used for round one. Sarah Roberts was the sole GDW entry and she did well to improve by seven minutes over her time at teh beginning of March to finish in 1 hour 51.03. 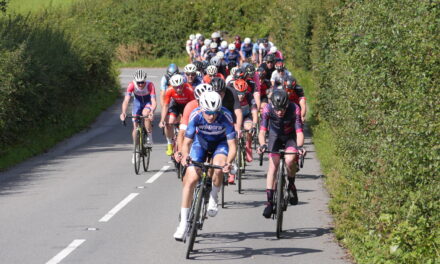 Mere Hillclimb and other results 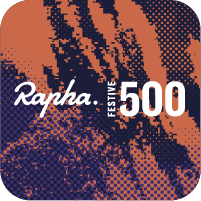