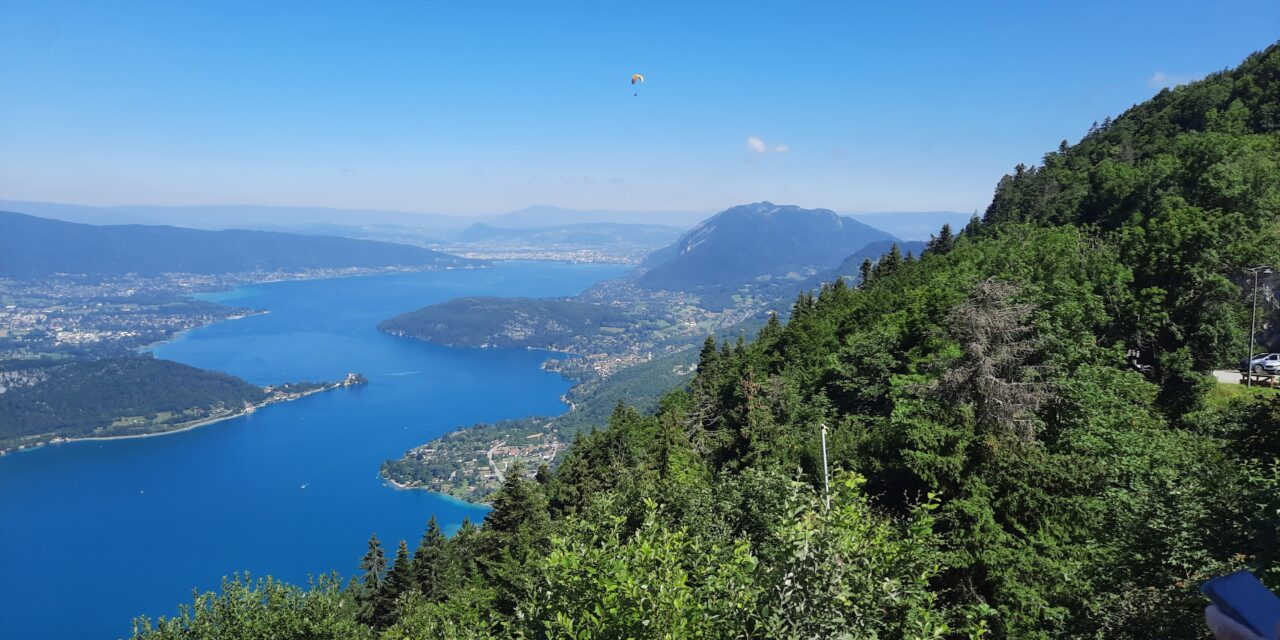 At the start of July a handful of Wheelers and friends headed out to Courchevel in the French Alps for a week of riding up and down the mountains, some of whom had never ridden in the mountains before. We stayed with Alpine Chaingang at their Chalet Nicola in Courchevel 1300, which will be known to those who ski. Our package included our transfers, breakfast, afternoon tea and dinner, as well as fully supported rides courtesy of Dave and Ben Beattie.

The Tarantaise valley is home to a number of famous climbs which have been used in the tor de France over the years, as well as some lesser known gems. After a quick spin over to Meribel to test the bikes on the Sunday evening, the first proper day saw us climb the first part of the final climb from the 2019 Etape, from Moutiers to St Martin de Belleville, before dropping down to Moutiers and Hautecourt climb followed by a descent to Aime (the valley town below La Plagne), and a return to Moutiers. Another climb to a balcony road ensued. The group split part way with some heading onto Bozel and others returning direct to the chalet.

Day 2 appropriately saw a visit to a second country, climbing the Tour de France route to La Rossiere and onto the top of the Col du Petit St Bernard (2,188 m) and a descent to La Thuile in Italy for lunch. The route was reversed to get us back to France and a spin down the bike path from Bourg St Maurice to Aime.

Day 3 may have been the shortest day, but it included the brutal Col de la Loze (2,304 m) climb from Meribel. This is a new road, only open to cyclists that links the Meribel and Courchevel valleys. After climbing through the village of Meribel, the new road starts, following a piste into the trees. The first clue as to the difficulty of the climb came on an early hairpin which was a wall at over 20% for a 100m or so. As the climb progressed the average gradients per kilometre increased, hitting 11%, then 12% then 13%, then 12%, with gradients regularly hitting 20%! The final 350m to the top was a final 20% wall. A long descent ensued to the valley floor before a steady climb from Bozel to Pralognan for a well earned lunch. Post lunch the route took us back to Bozel before hopping in the minibus for a lift back to the chalet.

The following day saw us head to Albertville to follow the bike path towards Lac d’Annecy where the tough Col de la Forclaz (9 kms at 7.5% average, including a flat kilometre) climb was tackled, from where there are stunning views over the lake towards Annecy. After a coffee stop on the edge of Annecy. The steady climb to the Col de Leschaux was talked, at a steady 4% this could be tackled in the big ring. One final climb, the Col de Tamie awaited after lunch, another steady climb, before descending back to Albertville.

After a day in the valley it was time to head to the top of the highest paved pass in Europe, the Col d’Iseran (2,770 m). The climbing started immediately in Bourg St Maurice, heading first to the dam at Tignes, along the shores of the lake to Val d’Isere, and onto the summit. A total of 50 kms and total elevation of almost 1,900 m. And what goes up, must come down, so lunch in Val d’Isere and onto Aime for the minibus home.

Our final day saw a final climb, the Cormet de Roseland (1,968 m) from Bourg, a coffe by the lake just after the summit, and lunch in Beaufort before a fast tailwind assisted ride back from Albertville to Moutiers and well earned beers!

A great week was had by all, during which we covered 650 kms and climbed almost 13,000 m. Plenty of pros were spotted, including the Jumbo Visma and AG2R Vuelta squads amongst others. We were looked after brilliantly by the Alpine Chaingang crew, so huge thanks to Dave and his team. The group all would be keen to hit the mountains again next summer, possibly heading to the Dolomites and the Stelvio.