…from the last week or so.

Ridiculous head winds on Saturday that were worthy of Cape Horn
hampered John Phillips latest attempt at a PB for a ’10’ on the normally
fast U40 in the Chippenham & District Wheelers Open at Lyneham,
Wilts.  Despite getting stung by a bee on the downhill section to
Wooton Basset (got trapped in my helmet which just goes to show they don’t always make you safer!) and then entering the wind tunnel of the flat section
John came home in a reasonable (i.e not last) 28:15.  To rub it in, the
winner was ‘having a go’ at his first ever TT and recorded a time of
20:57 (Tom Lowe: Climb on Bikes CC).

The appalling weather also played havoc with all the events held on Sunday, with Salisbury RC cancelling their tt altogether.  This was very disappointing for Chris Mullett, James Chant and Sarah Roberts as they had been looking good for a 3rd, 4th and 5th placings as only 5 riders had turned up to ride.

The latest round of the East Dorset CA series saw a high number of non-starters and non-finishers, but Simon Barfoot battled through to finish the 30 mile course in an excellent 1 hour 12.18 for 8th place, a vey quick time indeed for that distance, especially given the conditions on the day.  Sadly, Vince Hounsome suffered a puncture and didn’t finish.
Cheltenham and County CC’s 25 mile tt, on the U46B at Ashton Keynes, also had a lot of non-starters/finishers.  Stuart Kerton, riding for Chippenham Wheelers, finished very strongly in 19th with a time comfortably under the hour of 57.38.  Don Tanner was 57th with a time of 1.04.39.
Sarah Roberts had a go at Somer Valley’s club 10 on Tuesday evening but was one of the unfortunate early starters who were caught in a torrential downpour of rain.  Sarah decided to walk down the infamous ski-slope and then stopped until the storm had passed but still managed a reasonable time of 35.37.  The photos below don’t really do justice to just how heavy the rain was for a while.

This coming weekend sees the Tour of Wessex 3-day sportive in the
area and the Welsh National 25 time trial on the fast course in Usk.
Good luck to Charles Rees and Don Tanner in their attempts to get under
the hour at the 25, but especially to Chris Mullett who is spending two
days at the Rees Uni digs as ‘preparation’ for his ride… 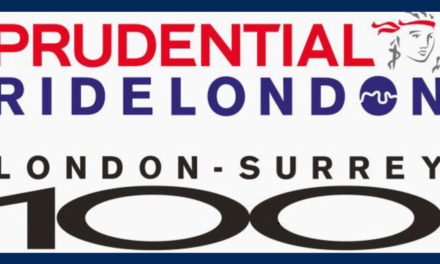