Just to say I completed the ride yesterday (Sun 04/07) and thanks to all who sponsored me on what may well be the longest ride I ever do!  Total distance was 1,822 miles, camping all the way and completed in 31 days with one day off.  I can now confirm that France is quite large, with some distinctly hilly bits.  The route went through some fantastic scenery, especially the Alps and the Ardeche.  One ‘high point’ was the Col de la Bonnett at 2,800m with several feet of snow at the summit! The sun came out for the ascent of Mont Ventoux following several days of very heavy rain which caused some serious flooding in that part of France.  The return trip through the high Massif Central was a slog but well worth the effort as this is a relatively unvisted and unspoilt part of the country – unlike the Cote d’Azure!  Anyway, some brief statistics of the trip:

Longest day in the saddle: 8 hrs 27min/96 miles, Slowest day: 8.3 mph average over 54 miles(virtually entirely uphill) climbing up from Nice into Provence on the first leg of the return trip.  Fastest recorded speed 36.8 mph descending Ventoux!  Spaghetti consumed: too much, never want to see another packet of the stuff. Hardest bit: climbing up into the Auverne in the Massif, relentless hills and some of the steepest and longest hills on the trip, also very hot.  Best descent: 7 miles of sweeping bends from 1350m Mont Mouchet in the Auverne.  Total weight lost: 1 stone. 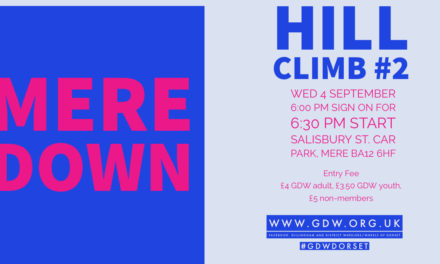