There was a good turn out of 17 riders for today’s GDW off road time trial, held at Search Farm near Stourhead.  The riders were tackling the Whitesheet Hill course in reverse this time, with an added drop and swoop through an old chalk pit halfway down the hill.  It was pretty tough out on the course, with a really strong wind and the recent rain left the route muddy and slippery.  Hopefully the several newcomers who were taking part haven’t been put off from returning!
Kim Little set the quickest time, five minutes ahead of Adam Baker who was a further two minutes clear of Scawen Roberts.  Andy Parsons was fourth and Liam Teesdale fifth.  Charles Rees was in action on his cyclocross bike and was in second place at the end of lap one but didn’t finish lap two after a tyre rolled off its wheel.
Lynn Broom was the fastest lady rider, ahead of Hatty Edgar and Tina Wilkinson.  Of the juniors, Daisy Davies was headed for a win but punctured so Ben Hywel-Davies set the quickest time, despite a head over heels moment at the chalk pit.  Beth Calloway was second, Jaya Wlikinson third with the youngest rider of the day Dylan Earl doing really well to get round in well under an hour.
Results/points
The next round of the series is a race at the Alfred’s Tower near Stourhead on December 20th, escape the Christmas madness and come along for a blast round the woods. 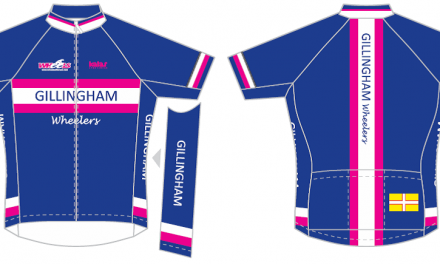