Traffic lights at Wyke Hall caused a shortening of the regular course at the latest round of The GDW tt series.  James Oliver powered round to post the fastest time of the night with 23.07.  Stuart Kerton, these days riding for Chippenham Wheelers,was second, even though he said he was saving himself for an upcoming event and ‘taking it easy’.  Vince Hounsome was third, ahead of Nigel Brown and Kim Little.

It was a case of ‘deja vu’ with the women riders as for the third time out of the three tts this season, Liz Hutson was fastest (27.44) from Jane Pritchard and Emma Bradley.  A returning Carole Millar was fourth followed by Jenny Lucas and Julie Hillier.

Ashley Martin (Chippenham Wheelers) was as fast as usual and was the fastest junior – and seventh overall – with Josh Day just ahead of Tom Brown in second and third.  Barney Cox took part in his very first time trail and recorded a credible 30.32.

The times and tables are here.

At the moment all competing riders have been included in the points tables to give everyone time to renew their membership or join the club.  The points will be revised after our event on May 12th with non-members and second claim riders removed and the championship recalculated. 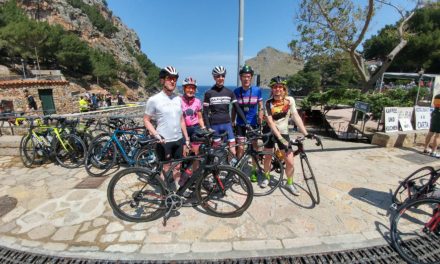