42 riders turned out for the latest GDW time trial, held on the Stour Provost course.  The number of starters was boosted by the presence of 10 members of the triathlon club Wessex Wizards.
Charles Rees set the fastest time on the evening, beating Paul Hopkins by just five seconds, the first time in nearly two years that Paul has been beaten in a GDW tt.  Third place went to championship leader Nigel Brown with a pb time ahead of Kim Little.  Vince Hounsome and Simon Barfoot continued their series of evenly matched times for fifth and sixth.
Further down the order, Ben Day and Troy Woolacott set their best times of the year, as did Grahame Reed and Richard Hansford, with Richard over a minute faster than has previously been in 2011.
The junior riders were led home by Ashley Martin, his time of 24.07 good enough for 7th overall.  Josh Day set yet another pb with 24.30 while Barney Cox knocked over 30 seconds from his pb time.
Jane Pritchard was the fastest lady rider from Emma Bradley and Julie Hillier, Emma and Julie setting their best times on this course this season.
The Wessex Wizards were headed by Jody Foy with 27.31, just ahead of Wheels Cycles’ Matt Allum.
Results here,   The leading riders in the Vets on Standard competition currently stands as follows – Grahame Reed 344 points, Jane Pritchard 333, Mike Donovan 313, Pete Humphreys 305
Vince Hounsome and James Chant both took part in the Wessex RC 50 mile time trial on Sunday, which was the latest round of the EDCA Championship.  It was very much a case of a tough day on a tough course, but Vince managed to battle the horrible headwinds on the Westwards leg of the course to finish in 2.05.57 for 16th place.  Most riders were way off their pb times but Vince was only around a minute slower than his so obviously he had put in a good ride.  James fared less well and finished a lowly 29th with 2.17.00.  James finished with a fast last 20 miles repassing riders who had caught him early on but the damage had been done in the first half of the course, struggling against the wind with a hip injury.
Paul Hopkins won last weekend’s Dorset Rough Riders enduro event at Wareham Forest.  Riding for the Merida team, Paul won the two hour event convincingly by over four minutes from Roland Tilley (ridebike,co,uk)
Finally, special mention to regular visiting rider Ashley Martin (Chippenham Wheelers) who won last week’s 43 mile South West Junior road race.  Held at Hatherleigh in Devon, Ashley got in an early break with Somerset RC’s Jack Plummer and pre-race favourite Brennan Townshend.  On the final finishing climb, Ashley waited as the other riders wore each other down attacking each other and then sprinted past over the top of the climb to the finish line.  Added to Ashley’s recent run of good results, the BC points for this win move him up to 2nd Cat where he will now be swapping his Chippenham kit for a champion’s jersey for the next year. 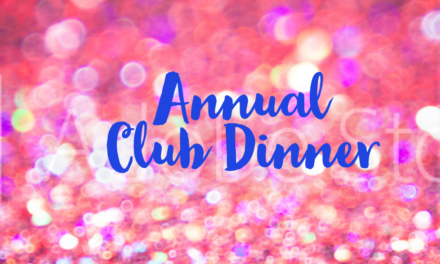