Race Team Mid Season Round Up.

Maddie Howden Road a strong race to finish 14th. Maddie is ably assisted at all her events by Howden Electrics

Behind The Bikeshed’s Summer Series at Thruxton Aerodrome

The team has been in action at Thruxton for much of the early season with Jack Whitehouse and Maddie Howden both regularly placing. Jack has achieved his 3rd Cat licence and picked up a 2nd place in the process. Maddie has scored multiple top 10 places in the Women’s Elite race – a very big achievement from a first year junior. Watch this girl, she still has lots of potential!

Development rider Nathaniel Brookes has been learning the ropes of the U14 races in his first year at the level. Hes done well to place in the top half of the field where he is expected to be next year. It shows great promise for 2017 when he will be at the top of his age group and most competitive.
Castle Coombe Summer Series
Daisy Davies (development rider) has been collecting all the wins in her u14 age group at every race shes attended.
Henstridge Circuit Series
The race team and development riders have been in action over all categories in the Henstridge Series. The team has worked hard to position Tristram More-Molneyux in the ‘box seat’ for all the bunch finishes. Their efforts rewarded with 2nd, 6th and 7th in the series so far. Charles Rees managed to get 5th in the last round from a race long breakaway after some excellent defensive riding from the rest of the team.
The 4th cat races have seen 1st year Junior Harry Charles placing 8th and 9th – solid results considering he is new to racing push bikes – it wont be long until he’s racing at 3rd cat level.
Daisy Davies, Nathaniel Brookes, Connor and James Geddes have all placed or won in their youth races. Congratulations to Connor and James who will both begin Junior Racing as 3rd Cat Riders.

Winchester Criterium and CycleFest 2016
A dominant win for Daisy in the u14’s started the day of well. It was followed by a guts ride from Jack Whitehouse, who road solo for most of the race to place 4th. Tristram netted a smart 7th in the brutal 3rd Cat race which saw 10 finishers from a full starting field of 60 riders.

Adrian Riddleston traveled down to East Devon for their circuit series (they day after a big crash) and placed 8th in a very technical and hectic crit. Chapeau.
Time Trials

Charles Rees has been in action in open TT events, regularly placing top 10 and recording PB’s for standard competition distances 10 miles: 20.27, 25 miles: 53.05 and 50 miles: 1.57.10.
To see more of the Club and Teams British Cycling results, have a look at this link… Results 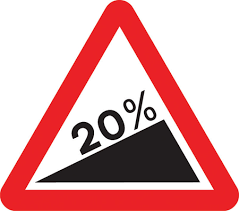