There have been a couple of big mountain bike events recently, the Wareham Forest XC race and the Southern XC championships in Surrey.
The main news from these is that Kim Little won both the Wareham race and at the SXC event won the the Masters race and was crowned the Southern regional champion for that category.  Kim battled with fellow Merida rider Paul Hopkins throughout the two hour Wareham race, coming out on top by the finish.  Scawen Roberts also competed, finishing 17th from over 120 riders.
At Porridge Pot Hill near Deepcut in Surrey, Kim won again, taking the Masters title on a very hot day on a wonderful challenging and flowing course.  He was in second place early in the race behind a fast starting Paul Lloyd (Rides On Air).  By lap three Kim had got in to the lead and opened up a 34 second lead by the end.
In the Veterans’ race, Paul Hopkins and Lewis King (Beeline Cycles) were in a race of their own out in front early on, but King eventually got away and Paul eventually finished second some three minutes down.  Andy Parsons had a crash on his way to a good result of 10th with Scawen Roberts riding well for 32nd of the 44 starters.
Dan Riggs had a front row seeding for the Open event, he slipped back a bit during the race despite some quick lap times but picked up some more good points with a 14th place.  After a string of second places in the Grand Vet category, Nigel Brown missed out on a podium this time with fourth place.
James Chant had a good scrap for the lead of the 2 lap Fun event, but a crash led to his rival Andrew Dent getting away with James settling for second while Liam Teesdale found the course not to his liking (he must have been the only one!) and he struggled round to 24th in the Sport category.
Finally, Scawen Roberts’ son and daughter Leo and Nicole were competing in the under 9 races.  Nicole did really well for fifth while Leo was involved in a start line pile up and a couple of other falls but kept racing and finished in fifteenth.
Full results here, lots of photos and videos on the Southern XC Facebook page 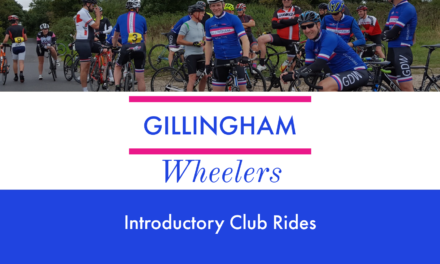 Wheelers descend on Morteon Kermesse for penultimate round…