Charles Rees was the winner at last night’s tt, just beating usual GDW pacesetter Paul Hopkins by three seconds with a time of 23.23.  Charles’ ride was particularly impressive as he was riding ‘non-aero’ on a very windy evening.  Third went to Vince Hounsome from Kim Little with Martin Bastable doing very well for fifth in his first Wheelers’ event.
It was tight amongst the juniors, Barney Cox beat Liam Teesdale by four seconds with a time of 26.40 while Connor Gedddes took third, finishing ahead of both James Howell and James Geddes for the first time this season.
Jenny Lucas just got under half an hour on 29.57 while Sarah Roberts had some big delays on her ride.
At Monday’s hillclimb, Kim Little continued to lead the way, he finished well ahead of James Chant with a good ride from junior rider Rowan Birch taking third.
Full results for both the hillclimb and tt are here
Just to recap the interclub tt from last week now the results are out, all the GDW riders set pbs or season best times while Nigel Brown (riding for Westbury Wheelers) won the individual series outright with Frome DW winning the team award.  Full results can be seen here 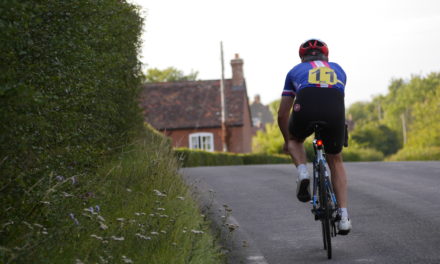