GDW TT Series Round One

Thirty riders turned out for the first tt night of the 2010 season, with several new faces, some fast-looking new machines and some fancy new wheels on show.  2009 series winner Paul Hopkins picked up from where he left off last year and set a very fast early season time of 23.32.  Charles Rees was second fastest, nearly 30 seconds down on Paul but Charles was badly held up at the startline junction so perhaps Paul won’t have everything his own way this year.  As with the hillclimb on Monday, pre-event mechanical problems led to some bike sharing, Paul getting round in time to hand over his Felt to Julian Chown who used it to good effect to finish third.
The two guest riders from  the Wessex Wizards triathlon club, Darren Isaac and James Oliver, managed to record equal times of 25.17, whilst new hillclimb course record holder Kim Little got round in 26.14 at his first attempt whilst riding a standard road/non-aero bike.  Also with a standard road bike was French rider Thibaut Lambert (from UC Chalons) who recorded 28.08.  Other riders having their first go at this course were Charles Daka (32.52) and Chris Thomas (33.08).
Liz Hutson headed the five lady riders home with 28.43 and Tom Brown was fastest junior (30.38).
In the resurrected Vets on Standard series, Vince Hounsome (4th overall, 25.04) knocked the most off of his target time, followed by Grahame Reed and Mike Donovan.
Results and times here
Additional Note:   Just after the last rider went off last night the start crew were stopped by an ‘irate member of the public’ complaining that a cyclist had earlier been followed from Shaftesbury to Gillingham and had ‘jumped’ every light at red on the way down.  If that was so I’m surprised that the car driver kept up with cyclist through Gillingham!!  Now they did not identify this rider as a member of our club or even one riding in the TT but given that we are the high profile cyclists during a Wednesday night we become the target for everyone who wants a pop at cyclists so just a heads-up please when attending these events be fastidious in highway code manners and that way we can put our hands up and say ‘it wasn’t us’.  The person in question who raised this said and I quote “I’m not against cyclists but……..” and then proceeded to complain ad infinitum about other horrible cycle things that he or people he knew had witnessed or been party to.
Anyway safe cycling and nice to see so many out, here’s hoping for an even greater season this year.
Daryol 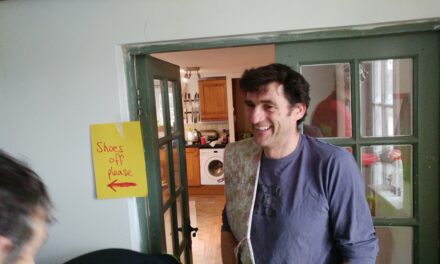