GDW MTB Series, Round One

The GDW mountain bike winter series got underway today with an off road time trial.  Jim Broom had devised a varied 8 kms course just North of Mere, with a long flat section, a tough climb up Whitesheet hill and a fast descent back down towards Stourhead.
Kim Little blasted round the first lap of the two lap event, laying the foundations for the overall win.  Kim was the only rider to complete a lap under 20 minutes and by the end of the tt was more than five minutes ahead of second-placed Andy Parsons.
Adam Baker and Scawen Roberts had a tight battle for third, Scawen was three seconds quicker on lap two but it wasn’t quite enough to overhaul Adam who had been 10 seconds to the good first time round.
James Chant was next up in fifth, ahead of Dean Dredge and Tony Cannings.  James Howell was the sole junior rider and finished in eighth, with organiser Jim Broom in ninth and Matt Green tenth. Live2Ride boss Richard Evans was competing on his Trek fat bike but pulled out after one lap.
A big thank you to Jim for getting the event off the ground, and to Chris Mullett, Steve Way, Jerome Young, David Hayter, Sarah Roberts, Vince Hounsome and Matthew Hywel-Davies for their help with marshalling and timekeeping.
Times –
1st – Kim Little, 38.27
2nd – Andy Parsons, 43.56
3rd – Adam Baker, 44.27
4th – Scawen Roberts, 44.34
5th – James Chant, 46.41
6th – Dean Dredge, 48.56
7th – Tony Cannings, 49.06
8th – James Howell, 52.03
9th – Jim Broom, 52.35
10th – Matt Green, 55.15
11th – Richard Evans, 28.00 (only one lap completed)

Next round is on November 16th, full details on the MTB series pages here 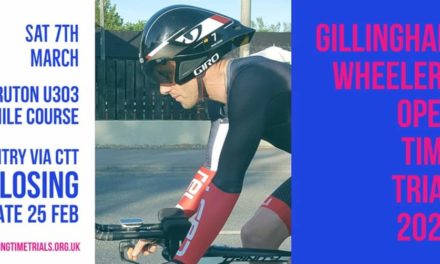