There were surprisingly few Wheelers in competitive action over the Bank Holiday weekend.  Don Tanner and Simon Barfoot both recorded good tt times in events held on what are not generally considered fast courses.  Don recorded 1.07.02 at Bristol South CC’s 25 mile tt near Slimbridge for 36th place, while Simon finished 10th at Chippenham Wheelers’ 10 mile tt near Calne with a time of 24.24.
At Castle Combe, James Chant was one of 130 (!) riders who started the 4th Cat race organised by Chippenham Wheelers.  The race was held in damp and windy conditions which caused many small groups of riders to form as the fast pace and crashes took their toll.  James also got left behind just after the second prime lap with two laps remaining.  The race was won by Somer Valley CC’s Espoir rider Robbie Edgell. 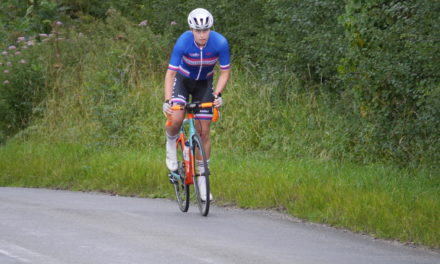 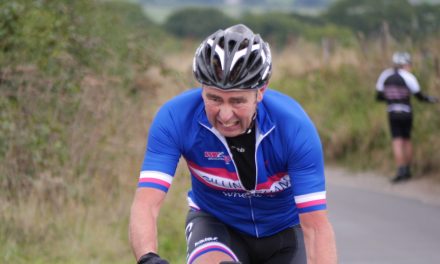 Exciting Times Ahead For Charles