Rob Gale and Andy Green took on the challenge of the Dragon Ride in Wales a couple of weeks ago, here is a report from Andy on how his day went –

I arrived at Margam Country Park on Sunday morning to a bright blue sky and very little wind, which was a huge relief after two very windy days in Wales leading up to the event.

The event is known as the most prestigious cycling event in the UK (with over 6,000 entrants this year) and I had entered to do the Medio Fondo, which was a 95 mile route with just over 8, 000 feet of climbing.  There were two other routes which were the Grand Fonda at 140 miles and the Devil Dragon at 188 miles.  All routes started from Margam Country Park near Port Talbot.

After reciting my Dragon Ride pledge with my fellow cyclists “to help one another, no riding through red lights etc etc” we set off.  There were a few nerves in my group of cyclists, as we all went off like a scolded cats for the first five miles but after that we all calmed and settled into the ride at a steady pace.

It wasn’t long until we started the first major climb of the day.  The Bwlch, a category 2 climb, with an average gradient of 5% and maximum gradient of 11% which continued for a further 4 miles.  When we reached the summit at 1750ft, the view was spectacular.  I looked backed down to see my fellow cyclists making their way up the mountain like a snake.  The view here was like watching the Tour de France.

Descending down the other side, however, was an experience.  As well as catching up with the odd car, there weren’t any barriers on some sections of the descents with some pretty steep drops but that’s all part of the fun I guess, and then no sooner was I at the bottom of the first mountain, I was climbing the next.

This time, the Rhigos.  Again, not a steep climb, with an average gradient of 5% and a maximum of 8.8%, but again, a climb over 4 miles, the summit at 1600ft.  Then followed the well-earned decent and first feed station.  The Welsh hospitality was in full flow:  plenty of energy drinks, gels and all the usuals but something that caught my attention – new potatoes!  I didn’t go for them!

We then set off through the Brecon Beacons where I was in awe of my surroundings. I am not a man who overly appreciates views, but this was amazing.

With about 60 miles on the clock, I approached the Devil’s Elbow climb.  This was different to all the climbing done earlier in the day.  A short climb of just over a mile with a maximum gradient of 18%. This was tough, but not as difficult as I thought it might be. I guess, after you have cycled King Alfred’s Tower, nothing can be that bad!

Then came a long section of descending before the second and final feed station on my route. I was greeted by more Welsh hospitality and banter, along with the usual foods but this time also pasties and nachos.  I preferred these options to the new potatoes and tucked in.

Along the route there were plenty of locals cheering us on and I felt they were pleased that we were experiencing their beautiful surroundings and also pleased to see so many cyclists enjoying it also. As we all know, that is not the case in some of our local sportives.

The last section of the ride was largely downhill with a couple of tricky climbs, especially when coming out of Neath.  This was all at a good pace back to the finish at Margam Country Park, with a well appreciated tail wind.  To cross the finish line with my family in front of me gave me a real sense of achievement.  The ride took me six hours and 24 minutes including the stops.

The Dragon Ride is a mammoth cycling challenge and is known as the must-do cycle event in Wales.

It was tough, but with the stunning scenery and views, it was well worth it and is the closest you will get in Britain to the climbs seen on the Grand Tours.

I would say, if you only do one more sportive, do this one. 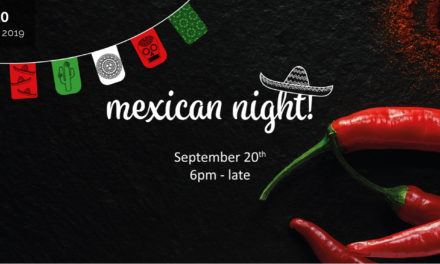